Nick over at Dime Boxes has had a series of posts on “Short Term Stops”, most recently he touched upon players who made a brief appearance with the (Devil) Rays.

As a long-term Mets fan, I knew that there were plenty of similar cameo appearances at Shea Stadium (and the Polo Grounds and CitiField), including a number of Hall-Of-Famers, so I decided to steal Nick’s idea and have a go at it.

Nick does his post within the framework of a lineup, but he clearly has more patience than I do. My lineup fell apart, so I’ve just separated guys into pitchers and position players.

PITCHERS (from shortest cameo to longest)

Where he’d been: The former All-Star and 20-game winner achieved most of his success with the Pirates, and played a couple of years with the Angels before being traded to the Mets on 9/15/87 for two minor leaguers.

What he did for the Mets: Went 2-0 in his three appearances, but the Mets fell short of the division, finishing 3 games behind the Cardinals.

Where he was going: After his three games with the Mets, he became a free agent and signed with the (spit on the ground) Yankees. He’d pitch another 6 years with the Yankees, Twins, Blue Jays, Expos, Dodgers and a final go-’round with the Pirates.

Where he’d been: Started with the Rangers, went to the Yankees where he became the subject of fan derision and eternal fame as “The Guy Who Couldn’t Handle New York”.  After two years he was traded to Oakland, and the A’s traded him to the Mets on 7/23/99 for Terrence Long and a minor leaguer.

What he did for the Mets: 5-1 in the regular season, 0-3 in the postseason against the D-Backs and Braves.

Where he went:  Signed with the Rangers as a free agent, the second of his three stints with Texas.  He’d pitch until he was 43 with the Rangers, Twins, and Tigers, winning 5 Gold Gloves and making 3 All-Star Teams. 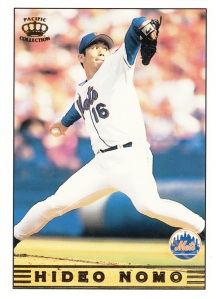 Where he’d been: 78-46 in five seasons in Japan, second Japanese player to appear in the Majors, Rookie Of The Year, No-Hitter, dominant pitcher for a couple of years. Got off to a bad start in 1998, was traded to the Mets on 6/4/98.

What he did for the Mets: Went 4-5 in 16 starts, and the Mets finished far behind the Braves.

Where he went: He was released towards the end of Spring Training in 1999. Hooked up with the Cubs, who released him three weeks later. Ended up with the Brewers, found some success again, would go on to pitch for the Tigers, Red Sox, Royals, Rays and Dodgers but was never quite as dominant. 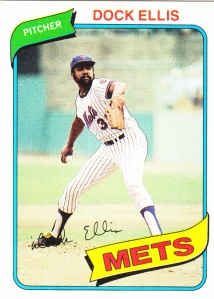 Where he’d been: Had an outstanding season in 1971, going 19-9 for the Pirates and made the All-Star team. In 1970, he pitched a no-hitter and much later admitted that he was on LSD at the time. Also pitched for the Yankees, A’s and Rangers. Texas traded him to the Mets on 6/15/79.

Where he went: He finished out 1979 by pitching three games for the Pirates to close out his career. It’s a bit odd that Topps has him with the Mets on a 1980 card given that he stopped being Mets property the prior September. 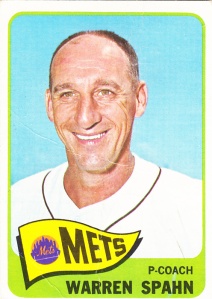 What he did for the Mets: Was both an active player and the Mets’ pitching coach… not to mention that he gave them a future Hall-Of-Famer to promote. He went 4-12, 4.36 and got released in July.  I can’t find any reference  to who took over as pitching coach.

Where he went: Finished out the season with the Giants, pitched in Mexico and Tulsa after that. 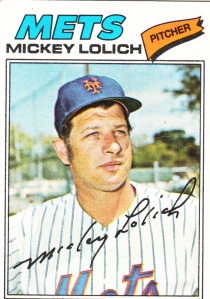 Where he’d been: Won 207 games with the Tigers, was the MVP of the 1968 World Series after pitching three complete game victories. Won 25 games in 1971. Also lead the league in losses twice. Traded to the Mets for Rusty Staub (and I’m still mad at the Mets for this move).

What he did for the Mets: Went 8-13 with some decent stats.

Where he went: Retired after the end of the season, but came back in 1978 to pitch for the Padres.

Where he’d been: Cy Young winner and Three-time All-Star with the Dodgers. Put in some decent years with the Indians and Giants before signing with the Mets as a free agent.

Where he went: Pitched 10 games for the Dodgers in 2000 before packing it in.

I’ll be back tomorrow with the position players.

There are a number of other pitchers I could’ve featured, like Frank Tanana, and I wouldn’t be completely surprised if I left out somebody obvious, so feel free to virtually whack me upside the head in the comments section!

4 thoughts on “Short-Term Mets – The Pitchers”