Shlabotnik Report reader FatCat47 had a request I couldn’t refuse… He wanted to know if I could do some customs of current-day stars in the style of 1982 Donruss.

I’m also going to use this as an excuse to kick off “TSRchives”, a new custom set of sorts using the templates I’ve accumulated over several years of making customs, as well as new ones like this. 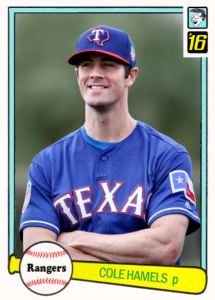 And just to make it clear, the name is supposed to be “TSRchives” as a play on “The Shlabotnik Report” and “Archives”.  It’s not anything to do with chives. 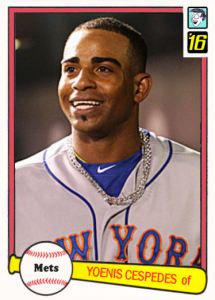 …And if you’re looking at these on a mobile device and the images are too small to see what that light blue thing is in the top right corner, that’s my little cartoon head from my blog’s banner.  I figure there’s no need to keep a Donruss logo there, especially if some no-good person decides to print out my images and sell them on eBay. 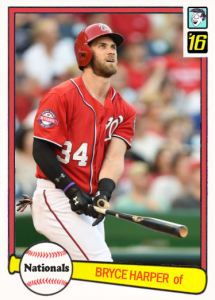 I included Bryce Harper partly because I wanted to feature a team that wasn’t in the original set (and justify my use of a not-quite-right font instead of just copying the team names from scans of the original cards). 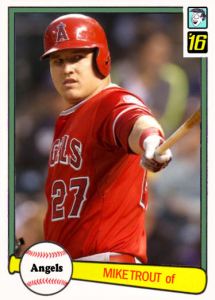 The Mike Trout image is the one out of these five that I don’t feel is 100% “Donrussy” since it’s from a night game.  I’m sure you can deal with it. 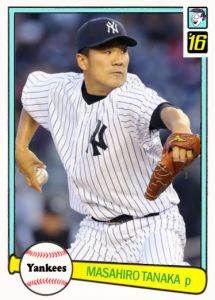 So there we go… Hope everybody enjoyed this little side trip!  I’ve got another set of requested customs in the works, and if you have any requests for customs from a set that’s within my abilities, let me know!