So this past weekend I went to my first card show in 16 months.  It was a small, local show, but it was a show, so I gladly went and was relatively free-spending… By my standards, anyway.  I went many years without having a local show, so as an attempt to make it worthwile for the show promoter and dealers to maintain a local show, I try to be a little less cheap at this show than I would normally be.

I’m going to get at least a few posts out of my card show haul, but since the vast majority of you wouldn’t know (or care) which local show it was, I figured I’d have a little fun with it… so as far as you’re all concerned, I went to the show at the Shlabotsylvania Water Buffalo Lodge.  I even dusted off my Water Buffalo hat for the occasion! 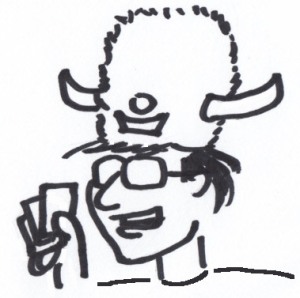 As I mentioned, I was a tiny bit loose with the cash, and part of that was making some impulse purchases which aren’t for any defined goals of mine.  As it turned out, my impulse buys fell into two categories:  Houston Colt .45’s cards, and 1963 Post Cereal cards. 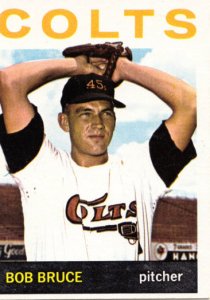 Update:  I was informed (via Twitter) by Kurt Blumenau that Bob Bruce pitched a 12-inning CG shutout in the final game at Houston’s Colt Stadium.

I’m not a gun guy – it’s the proverbial “couldn’t hit the broad side of a barn” situation – but I do appreciate these Colts uniforms. 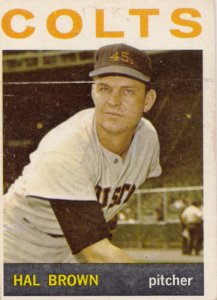 I don’t know whether Topps used COLTS on these cards for artistic reasons, as shorthand or as a way of backing away from the gun theme, but I find that I end up referring to the team as the Colts, even when I’m just thinking about the team.

BTW, I did get another Colts card, but that’s going to get featured in a future post about a particular potential project.

The next batch are all 1963 Post cereal cards which came out of the same very large discounted vintage box.  I’m not chasing anything more than team sets and player collections from the various 1960s Post sets, but I’ve grown to love the sets and kind of had it in mind to accumulate as many cheap ones as I can find.

Lee Walls has an interesting place in Mets history, as is hinted at on his Post card. He was selected by the Mets in the 1961 expansion draft.  The way I’ve heard it Walls told the team “I’d sooner retire”, so the Mets flipped him to the Dodgers. The Mets got Charlie Neal – one of the better 1962 Mets – out of the deal so I suppose it was all good.

Leo “Chico” Cardenas ended up in my stack as he’s a player I would’ve recognized when I was a kid — his last couple of cards came in 1975 and 1976 Topps.  At the time of this card he was still a promising shortstop, but he would be a 5-time All-Star with the Reds and Twins

In 1962 Norm Siebern scored 114 runs and batted in 117 for a KC Athletics team that lost 90 games.  I don’t really remember why I grabbed this card, I think I just like the KC Athletics hat

In quickly flipping through the box of cards, I mistook Ed Bressoud for Ed Bouchee, who was also taken by the Mets in the expansion draft. Bressoud was taken by the Colts in the draft, but flipped to the Red Sox.

This Jackie Brandt fits into my Orioles team collection, plus I kinda like that there’s a little piece of someone else’s card in the lower left.

I kinda like this Ken McBride card for reasons I can’t explain. Good thing I have a Baseball Encyclopedia in my house, otherwise I’d never know his career numbers.  McBride was a three-time All-Star and started the 1963 game, but “arm troubles” derailed his career. 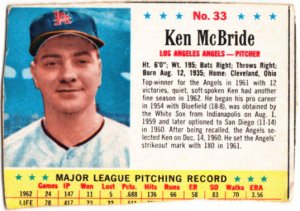 So these 6 cards bring my 1963 Post “set build” up to 15 cards out of 200.  Woo-hoo!  I don’t see myself even attempting to actually build this set, but I enjoy slowly accumulating well-loved cards.

As I mentioned, I have a bunch more to show you from the Water Buffalo Lodge show… I’m thinking the next post will be about projects I’m thinking about but haven’t officially started… and that 3rd Colts card does fall into that category

6 thoughts on “Impulse Buys At The Water Buffalo Lodge Show”