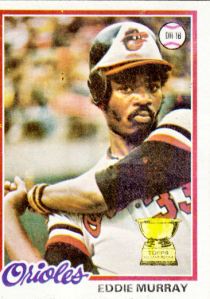 Career Highlights:
Inducted into the baseball HOF in 2003 and the Orioles HOF in 1999; An 8-time All-Star, 3-time Gold Glove and 3-time Silver Slugger; Is one of five players with 500 home runs and 3000 hits; Holds the Orioles career record with 135 intentional bases-on-balls; Finished second in MVP voting in 1982 and 1983 and finished in the top 5 from 1981 to 1985, but never won; Played the most games at first base of anyone in Major League history

Fun Stuff:
His brother Rich had two cups of coffee with the Giants and he has three other brothers who played in the minors

Card Stuff:
Since he didn’t get a card until after his ROY season, his 1978 Topps rookie card features the All-Star Rookie trophy, and he also has rookie cards in 1978 Kellogg’s and Hostess 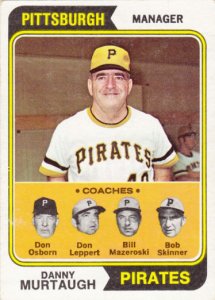 1970’s Highlights:
Managed the 1971 World Champion Pirates; After that championship season he moved into the front office and was replaced by Bill Virdon, but he moved back into the managerial position towards the end of the 1973 season; After the 1976 season he retired because of his health and to spend more time with his family but sadly he suffered a stroke a couple of months later and died two days after that

Just because it’s already been posted here on my blog, here’s a reprint I have of Murtaugh’s 1951 Bowman card 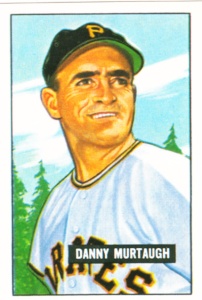 After spending four months in the letter “M”, we move on to “N”… 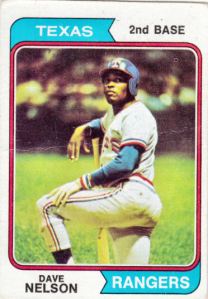 Career Highlights:
Was named the 2nd baseman on the 1968 Topps All-Star Rookie team

Card Stuff:
Appears in 1970 Topps with the Indians, but had been traded to the Senators late in 1969 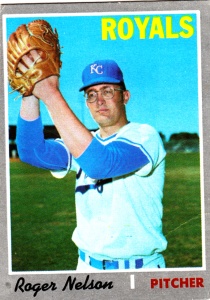 Career Highlights:
Was the Royals’ first pick in the 1968 expansion draft

Fun Stuff:
Was the last Royals pitcher to bat before the Designated Hitter went into effect

Card Stuff:
Purchased from the Reds after the 1974 season, Roger was airbrushed into a White Sox cap in 1975 Topps but he was released towards the end of spring training and didn’t play for the Chisox that season 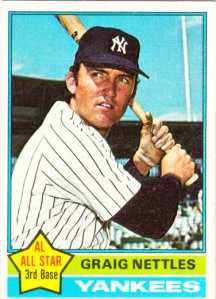 Career Highlights:
Was named the MVP of the 1981 ALCS; Was a 6-time All-Star

Card Stuff:
Appeared in every flagship Topps set of the 1970s; Appeared in all five 1970s Hostess sets; The photo on his 1977 O-Pee-Chee and Burger King cards was cropped more tightly than on his 1977 Topps card