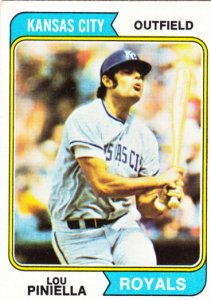 Career Highlights:
Was the 1969 AL Rookie of the Year after he’d been selected in the 1968 expansion draft by the Seattle Pilots and then traded to the Royals at the end of spring training; Got the first hit and first run in Royals history; Was a successful manager with the Yankees, Reds, Mariners, Devil Rays and Cubs, winning the 1990 World Series with the Reds; Was named the AL Manager of the Year in 1995 and 2001 and the NL Manager of the Year in 2008

Card Stuff:
Appeared in every flagship Topps set of the 1970s; Appeared on three “Rookie Stars” combo cards with three different teams (1964 Senators, 1968 Indians and 1969 Pilots) before getting his own solo card in 1970 Topps; His card in the 1977 Burger King Yankees set, rumored to be included at George Steinbrenner’s insistence, is a relatively pricey short print (but the front looks the same as his regular 1977 Topps card)

Career Highlights:
Was named the MVP of both the 1982 NLCS and World Series; Was inducted into the Brewers Wall of Honor

Card Stuff:
His 1977 O-Pee-Chee card is updated via a different photo plus airbrushing 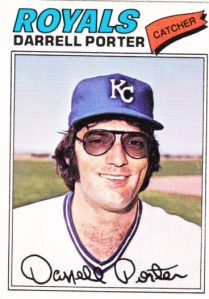 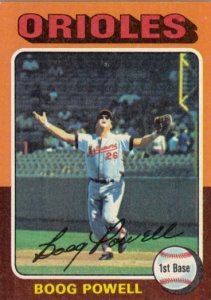 Fun Stuff:
Boog’s BBQ is one of the most popular food stands at Camden Yards

1970’s Highlights:
Finished 2nd to Jon Matlack in 1972 NL Rookie of the Year voting, but was named the Rookie Player of the Year by the Sporting News (which had a separate award for Rookie Pitcher); Caught Ed Halicki’s no-hitter on 8/24/75; In 1973 he had an unassisted double play and an inside-the-park home run

Career Highlights:
A 1st round draft pick (18th overall) of the Giants in 1967 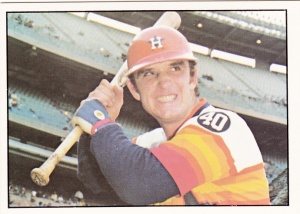 Fun Stuff:
His nickname is “The Red Rooster”

Card Stuff:
Appears in 1978 Topps with the Blue Jays team he’d hit 13 home runs for in the second half of 1977, but he was released at the end of 1978 spring training and retired, so his 1978 card has his full career stats