After an unintentional break, I’ve been back to doing customs, and I’ve shared a couple of them out on Twitter (@Shlabotnik_Rpt) but it’s been a while since I shared them on the blog… and so…

First, let’s roll through a few “Hot Stove” customs based on the mid-1960’s Bazooka design.

First off, here’s the Diamondbacks’ new ace Madison Bumgarner.  I borrowed the photo from the D-Backs’ social media, but swapped out the background. 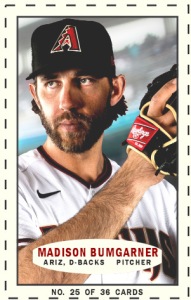 It looks weird to see MadBum in a different uniform, but that’s true of certain players every spring.

Recently the Red Sox said “Oh, hey, pitchers and catchers are getting ready to report to Spring Training… maybe we should get a manager?”

Dellin Betances signed with the Mets a while ago, but I like this picture too much not to use it. 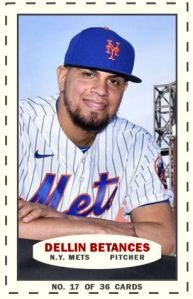 Back when Joe Girardi was introduced in a press conference, he put on a Phillies jersey but never put on a cap… much to my dismay and annoyance, so I went and photoshopped an older photo. 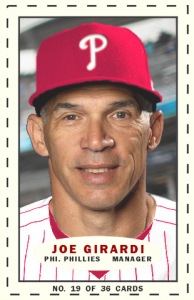 A little over a week ago, Twitter account @TheOldTowneTeam tweeted an image of the bottom of a 1974 Topps Traded card and said “Someone needs to come up with a Mookie Traded card.”

I don’t need much of an excuse to make 1974 customs, so I hauled out my template, updated it for Traded cards, and came up with this: 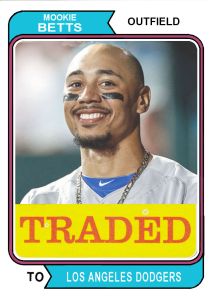 Pretty simple stuff, all I needed to do to the photo was change the color of Mookie’s undershirt.

That left me somewhat unfulfilled… I wanted to do something with fake airbrushing and I was someone intrigued by the Twins getting starting pitcher Kenta Maeda, so a week later I did the following:

I’m going to wrap up today with something that, a few months ago, I never thought I’d do… I’ve made an XFL custom card.  Y’see, I like Dallas Renegades’ quarterback Landry Jones from his time with the Steelers, and when I heard that he was the first player signed for the new version of the XFL, well it most definitely caught my attention. 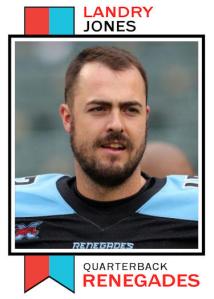 I don’t know why Spring football draws so many haters.  Yes, history is littered with failed Spring leagues (although one could argue that the USFL was murdered… or maybe it was criminally-negligent homicide), and we had a league that failed just last Spring… but is it such a bad thing to give overlooked players a venue to prove their abilities?  I don’t know, I don’t expect to watch a whole lot of the XFL, but I don’t get the venom…

…Except that there are a lot of people out there who are just looking for people, places and things to spit venom at.