I’ve reached the point of the year where things are winding down with my virtual card set, and I start to run across semi-forgotten images and notes, and I say “Oh, yeah, I was going to do that…”

One of those things is a virtual blaster of 2015 TSR Baseball.

Well, let’s take a look… Here’s the blaster, fresh off the shelves at ShlabotMart… 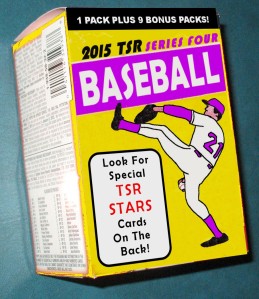 I would ask you to pay particular attention to the blurb on the lower left of the blaster box.  “Cards on the back?”, you ask, “He couldn’t possibly mean that…”

Aw, hell yeah I could!

That’s right… You can keep your minis and your die cut cards…This is all about being oversized and hand cut!  Yeah, baby!!!!

Once the card is cut off of the blaster, it’s roughly 3.5″ x 5″… Twice the size of a standard card, roughly the size of an early 1970’s Topps “Super” card.  And, unlike Hostess cards or the “box bottom” cards of the 1980’s, blasters are shrink-wrapped, so surface wear is not an issue.

So that’s the big “reveal” for this post… Of course, the virtual blaster has virtual cards inside it as well.  Crazy, right? Let’s check out some of those.

The first card inside the blaster represents another idea I kept meaning to get around to… An insert set based on former MLB players who are currently active in foreign leagues… We’ll start it off with a Japanese player who established himself in Japan, played for 7 years with the Dodgers and Yankees, and went back to Japan for 2015.  I’m talking about none other than Hiroki Kuroda. 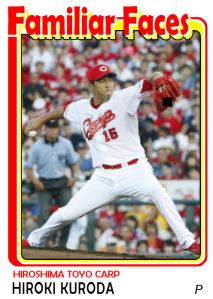 Like the oversized blaster cards, I would be all over an insert like this.  I can’t see an insert set like this being very large, since I don’t expect that there would be much demand for cards of Dennis Sarfate or Wily Mo Pena… But I think it would be pretty durn cool.  (And *I* would want a card of former Oriole Sarfate…)

TSR Production hasn’t kept up with the postseason, so for now you’ll have to make do with a Mets N.L. East Champions card… 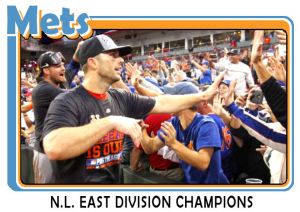 The latest issue of Baseball America lists Lucas Giolito as the Nationals’ #1 prospect.

…But what I find most interesting about Giolito is that he comes from Hollywood stock. His father, Rick Giolito, was a regular on “As The World Turns”, was in multiple episodes of “Twin Peaks” and is now a producer. His mother, Lindsay Frost, was also on “As The World Turns”, and has also appeared on “L.A. Law”, “Murder, She Wrote”, “Frasier”, “Lost”, “Boston Legal”, two different CSI’s (playing two different characters), as well as movies like “The Ring” and “Collateral Damage”. On top of that, Lucas’ uncle Mark Frost was co-creator of “Twin Peaks”, Lucas’ grandfather Warren Frost had a recurring role on “Seinfeld” (as “Mr. Ross”, the father of George’s ill-fated fiancee) and was also on “Twin Peaks” (imagine that)… anyway, you get the idea.

As long as we’re talking about Hollywood types, I saw this image of Debra Messing throwing out the first pitch at a Mets game, and couldn’t resist.

I can’t say that Topps stole my idea for first pitch cards, but neither did I steal the idea from them.

Oh, and there are some base cards in this blaster. Here’s one of… 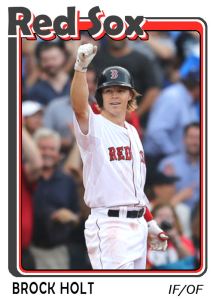 If you’ve ever wondered why people like Keith Olbermann (and me) always follow BROCK HOLT! with an exclamation mark, it’s a reference to a character on “Arrested Development”. I’d explain it further, but it’s the kind of running joke that doesn’t come across well in exposition.

…But at least BROCK HOLT! has one arm raised… 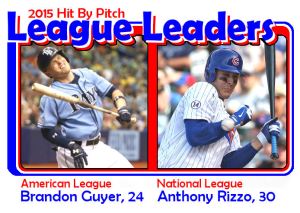 I’ve gotta say, this is my favorite card out of the subset.

So that’s it for the blaster… I should have one or two more posts to wrap up the 2015 TSR set before we get to the 2015/16 “Hot Stove” set.  We’ve already had a number of managerial changes, last night the Rays and Mariners pulled off the first trade of the offseason, and our hard-working production team is feverishly working on finalizing the details for the “Hot Stove” set.  Like last year, it will be an homage to a 1970’s Kellogg’s set… but with some added elements that I think you’ll enjoy. 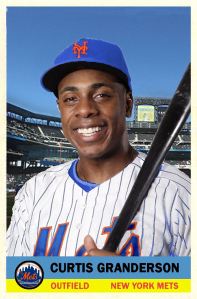 It came out OK, but it’s not quite what I set out to do.  Let’s just say that pinstripes are a pain to work with, and the next Mets custom you see will likely feature an alternate or road jersey.

But at least I can be smug that, unlike the NY Daily News, I did not give Granderson a retired uniform number or the 2012 “50th Anniversary” sleeve patch that he’ll never wear.

Oh, and for those of you who might be new to this blog, this is another in a series custom cards reflecting off-season changes.  The card’s design is based on the 1959 Bazooka set.

This is going to be the next-to-last post featuring my 2013 TSR custom set, and I’m going to let the customs speak for themselves…

No, wait, there’s one card I want to say something about… I couldn’t resist the opportunity to give the photo for this custom the patented “Topps tilt”. 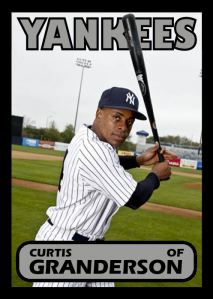 OK, now I’m going to let the rest of these customs speak for themselves… 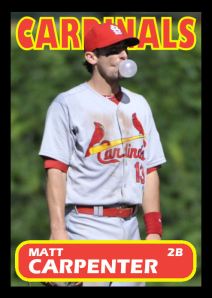 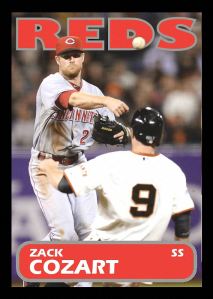