Most Mets fans are familiar with the 1991 “Wiz” set which was a season-long giveaway of posters that were perforated to make little cards with black & white photos of every Met in the team’s history to that point. 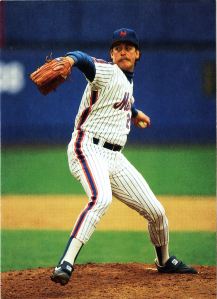 There was another Mets-related set sponsored by The Wiz, this one a 6-postcard set of Mets pitchers.  Each postcard is 5″ x 7″ and features either Dwight Gooden, Frank Viola, Ron Darling, Sid Fernandez, David Cone or Bobby Ojeda.

I’ve seen these referred to 1991 issue and a 1989 issue… but since Frankie V. was acquired at the trade deadline in 1989, I kinda doubt that was the year.  I’ve got mine stored in a binder with my 1991 cards, so I’m going to stick with that in the absence of evidence to the contrary. Feel free to correct me and/or call me a dumbass.

These postcards are nice, and probably work out well for autographs. Unfortunately the way they were printed was very dark and some of the cards are overwhelmed by shadow. One of the reasons I’m featuring El Sid and Frankie V in this post is because they’re two of the lighter postcards. On Doc’s card, you can barely see his face.

For those who don’t know, “Nobody Beats The Wiz” was a regional electronics chain in the northeast, mainly the New York metro area. Back at their peak, they put a fair amount of money into sponsoring New York sports. You can see part of their ad on the Yankee Stadium outfield wall if you go and look at pictures of the infamous moment in the 1996 ALCS where a 12-year-old fan (I won’t mention his name) reached out over the Orioles’ Tony Tarasco to pull in a fly ball, giving a home run to an undeserving Yankee shortstop (I won’t mention his name either).

I don’t always follow the College World Series, but Stony Brook is a team that anybody who likes an underdog or is from the Northeast can get behind.  I’m declaring them to be the official CWS team of The Shlabotnik Report.

The Seawolves have made an impressive ascent through college baseball;

bear with me while I give you some perspective on how far they’ve come.  I grew up on Long Island, and at the time SUNY Stony Brook was a state school with a large percentage of commuter students, an emphasis on science and technology.  The Division III sports teams went by some team name which I don’t remember because I was barely aware that they had teams.  They’ve since re-branded the teams as Seawolves and have only been Division I since 2000.  This year they beat Miami and other teams to win the Regionals, and then pulled off a major upset by eliminating the host LSU Tigers in the Super Regionals, playing in front of a bigger LSU crowd for that one game than the Seawolves had drawn at home all season.

Aside from the fact that they’ve advanced to the College World Series for the first time in school history, they’re also the first CWS team from the northeast since Maine in 1986 (Mike Bordick played on that team) and the first team from New York State to make the CWS since St. John’s in 1980.  That team included these guys: 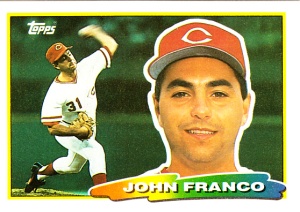 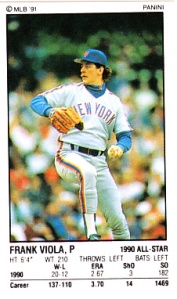 Although the roster has a significant number of Long Islanders, the entire northeast is represented, as there are players from Connecticut, Pennsylvania, other parts of New York state, as well as 4 players from Ontario, Canada.

Seven Seawolves were taken in the MLB draft, including OF Travis Jankowski

(drafted 44th overall by the Padres with a supplemental pick) and C Pat Cantwell (Taken in the 3rd round by the Rangers.)  The one Major Leaguer to have played for Stony Brook is Joe Nathan, who donated a large sum of money to the baseball program;  not coincidentally, the Seawolves play their home games at Joe Nathan Field.

If you ask a Stony Brook student, faculty member or alumnus “What is a Seawolf?”, the answer you will get is apparently “I am a Seawolf!”

Stony Brook, NY is on the north shore of Long Island, about a 55 mile drive from midtown Manhattan (for those of you who think that the entirety of Long Island is a 20 minute train ride away from NYC).