About a year ago I bought a $5 wax box of 1992 Stadium Club Series 3, something I figured I’d use as a fallback when I didn’t have any other wax boxes to bust. I’m still slowly working my way through the box (about 4 packs to go), but among all the headshots (there were a lot of traded players in the 3rd series) are some cards I’m happy to add to my collection.

And so, without any additional blah blah blah on my part, here are five of those. 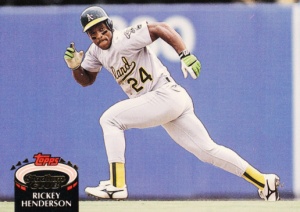 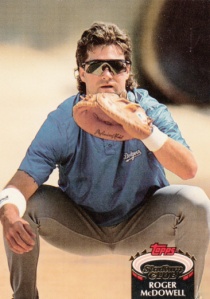 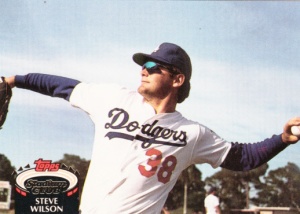 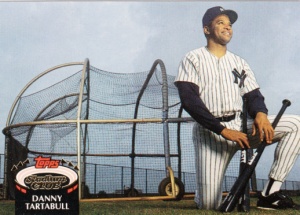 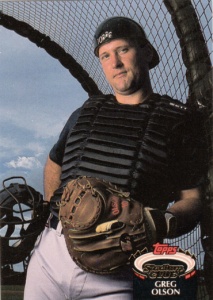 I recently bought my third pack of Panini Pinnacle.

“Three whole packs?”, the people at Panini America might be saying, “Now we’ll meet our sales quota for the year!” 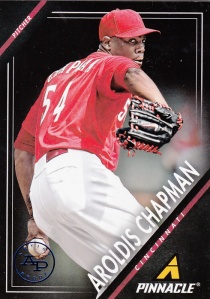 No, no, this is something notable…  Other than last year’s Triple Play, I think this is the only Panini product where I went back for “seconds”.   Everything else I’ve tried with Panini, like this: 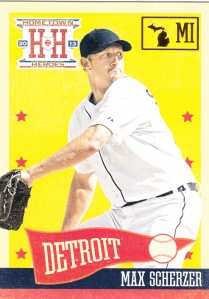 …was met with a shrug and a lack of desire for more.

There’s something appealing about this set.

It could be the well-chosen action shots that make the lack of logos palatable. 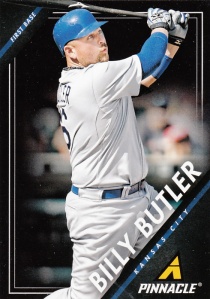 These cards are also relatively understated – especially for Panini, who apparently never heard the saying “less is more”.

There’s also no foil on the base cards, which is always a good thing.

But I think the main thing it has going for it is that, in my mind, it’s the best baseball product not put out by Topps…. and the “not Topps” part is what makes it refreshing.  It’s different in ways that don’t always register, but still make them “not Topps”. 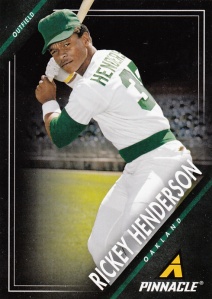 By far, the biggest thing that works against Pinnacle for me is the price point.  $3 for 8 cards works out to be $0.375 per card;  that’s more than twice the per-card cost of a fully-licensed Topps wax pack.  Even if the price-per-card were $0.25 – maybe $2 for 8 cards or $3 for 12 cards – that would go a pretty long way towards getting me to buy more. 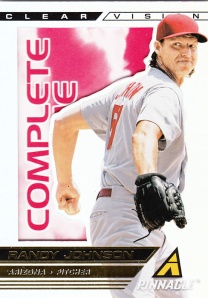 Even though clear & shiny are two things I don’t normally collect, I would hang on to this card if it were a player I collected.

At this point, I’m looking to get more Pinnacle cards, especially the Matt Wieters.  As he’s not featured on any Topps card, I think his Pinnacle card is the best-looking 2013 Wieters I’ve seen.

…but I’ll likely be looking for it online or at a show, rather than buying more packs.

One other thing I’ve noticed about Pinnacle:  You don’t need a forensics team to see someone’s fingerprint on these cards.  Something about the finish and the black background makes those prints stand out.  Don’t handle any Pinnacle if you’re hiding from the authorities.

I haven’t seen too many posts about Pinnacle.  Has anyone else tried it?  What did you think?

While purging a number of 1991 Fleer cards from my collection, I was looking at this card, which I decided to keep: 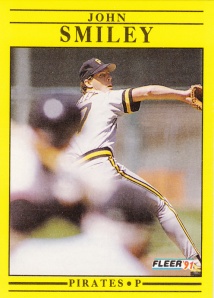 I kept it because I liked the action shot, and because the yellow and black borders worked well with the Pirates uniforms.

As I was absent-mindedly pondering the card, thinking that 1991 Fleer suffers more from bad colors than bad design, it occurred to me:  What if all the cards were done in colors that worked well with the uniforms?  Would they have been better received?

This is not a new thought for me, I’m pretty sure I pondered the same thing back in ’91.  The difference is that now I can “do something” about it.

So I did some quickie digital manipulations and came up with these.  What do you think?  Would you look more favorably on this set if the cards had looked like this? 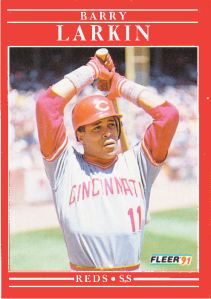 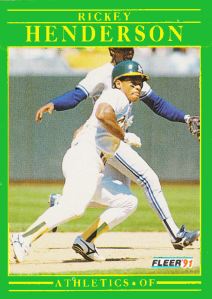 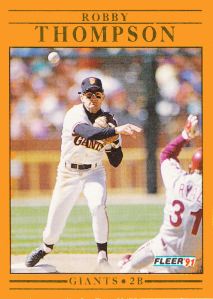