I don’t often do holiday-themed posts, but it just so happens that I have several 1976 Kellogg’s cards and 1976 Hostess cards I’ve been wanting to share, and both have that Bicentennial red, white and blue thing going for it, so I figured “What the heck”. 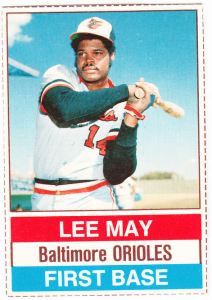 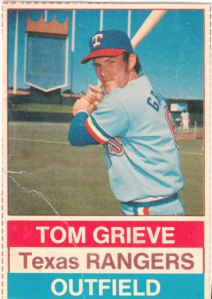 Tom Grive was the 6th overall pick in the 1966 draft, but never established himself as a regular at any position.  In 1976 he played in 149 games, 96 as a DH.  He’s the father of former Major Leaguers Ben & Tim Grieve. 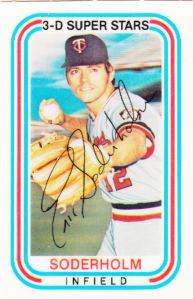 Eric Soderholm was the Twins starting third baseman in 1974 and 1975, but he missed all of 1976 with a knee injury.  He was the comeback player of the year in 1977, but that was after he’d joined the White Sox as a free agent. 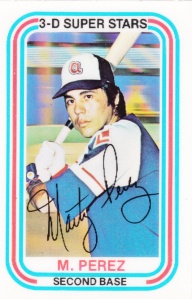 Marty Perez split the season between the Braves and Giants, playing mostly at 2nd base.  He played for five teams over his career, including a 1-game stint with the Yankees at the beginning of 1977. 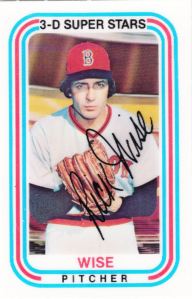 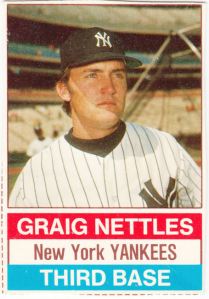 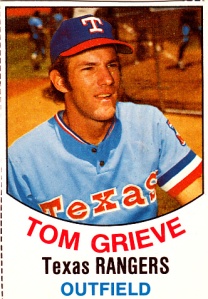 Tom Grieve is a former player with the Senators/Rangers, Mets and Cardinals… but his playing career is only part of the story. There aren’t many people who have been associated with the Rangers as long as he has… He was drafted with the 6th overall pick by the Senators in 1966 and moved with the team to Texas in 1972. He was traded to the Mets in late 1977, in a 4-team deal involving the Rangers, Mets, Braves and Pirates that I wrote about 2 weeks ago. After brief stints with the Mets and Cardinals, he returned to the Ranger’s front office in the early 1980’s where he worked for a number of years, leading up to being the GM. After 10 years as the GM, he went to the TV booth, where he’s been the on-air analyst since 1995. He was the Rangers player of the year in 1976 (Batting .255 with 20 homers and 81 RBI) and is in the Rangers Hall Of Fame.

Tom’s two sons also played professionally; His son Ben was the second overall pick in the 1994 draft and was the 1998 AL Rookie Of The Year. Older son Tim was also drafted in 1994 by the Royals and never made it to the Majors… but did get on a Topps card.

Tom and Ben Grieve were the first father/son combination to both be drafted in the first round.

Can I just mention that I really hate the jersey on this card? There are a number of aesthetic ‘features’ that I can pick on, but the main thing is that I despise two-button pullovers like this. If you like the style of a button-down jersey, this is just a half-assed version of one… and if you don’t like button-down jerseys, then those two buttons are just there to taunt you and look tacky. And come on, let’s be honest. Would anybody ever button those up all the way? The top button is just ornamental, and there ain’t no button worse than an ornamental button.

…But I’ll freely admit that I’ve got an inexplicable thing against buttons.

Oh, as long as I’m off on tangents, I discovered something after last week’s Hostess card. I had wondered if I was unintentionally favoring certain teams over others, so I went through all my Hostess posts – nearly a year’s worth! – with the intention of featuring any teams that had been underrepresented. Not only did I find out that I’ve never featured a Ranger or Blue Jay, I also realized that I can’t feature a Blue Jay because out of the 200+ Hostess cards that I have, I don’t have a single Blue Jay. It’s not for lack of trying; I’m at a stage where I buy up any commons and affordable stars I come across. It’s just dumb luck, combined with the fact that the Jays didn’t exist for the first two Hostess sets. Sorry, Toronto, I’ll rectify that as soon as I can.

Just in case you were wondering, the most-represented teams in my Hostess posts are the Mets, Yankees and Braves with 4 each, while 7 teams were featured 3 times. 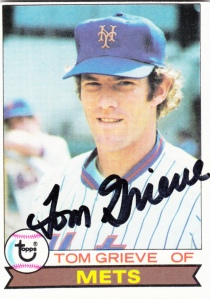 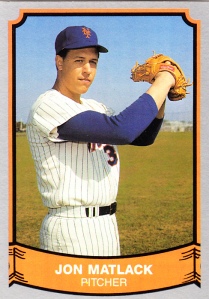 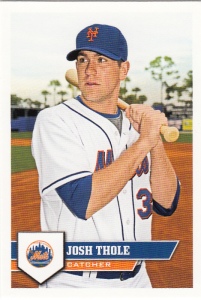 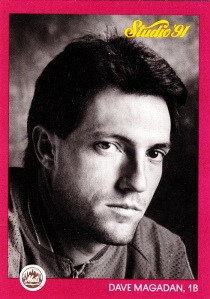 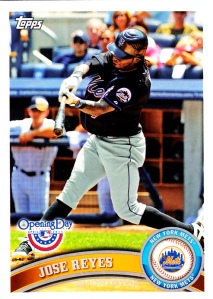 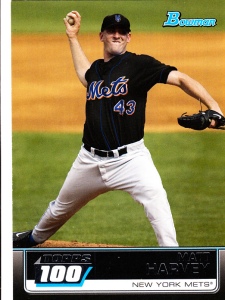