I am, for the most part, happy with 2019 Heritage. Just thought I’d get that out of the way.

I bought a blaster on the way home yesterday, and spent much longer than I should have going through the cards, noticing things and comparing one set to another.

This post is something of a sequel to a similar post from last year; I’m going to slice and dice the 2019 design and made some observations which people will hopefully find interesting.

I’ll start with some general observations and then move into some more esoteric stuff.

First off, they generally did a good job of replicating the design.  They got the font right for the script (Koffee, for those of you keeping score at home), plus they didn’t fall into the bad habit of assuming that all of the team names fall on the right-hand side of the card.  I also like that they included some 1970’s-like head shots.

It looks like the first 132 cards in Heritage mimic the 1st series of 1970 and don’t have the little white “|” mark between the player name and position.  (I think of that character as a “pipe”, but that might be more about my Unix experience than anything else).

This next card – and I didn’t mean to start off with two Nationals, that’s just the way it shook out – shows a card with the ‘pipe’, and also illustrates the biggest problem I have with this year’s Heritage (although it’s one I can live with). If you look at 1970 Topps cards, the left edge of the player’s name is aligned with the left thin white border and the right edge of the position is aligned with the right white border. Not so with Heritage, although it’s only noticeable with shorter names.

Here’s a direct comparison; Tiant is, of course, from 1970 Topps

I was a bit relieved to find that this is more jarring in scans than in-hand.

Before I get off of Yan Gomes, one of the reasons I featured this card here is because the photoshopping makes him look sort of two-dimensional… Like a life-sized cardboard cutout of Gomes was put on the field and photographed… only they shot the cutout at a slight angle.

Like in prior years, the card numbers often line up team-by-team with cards from the original set. Maybe it’s just because I looked at it closer this time around, but it seems like it happens a lot more in 2019. For what it’s worth, Nationals cards generally line up with Senators cards, not Expos cards. Similarly, Mariners and Pilots are in sync (but the Brewers Rookie Stars I got lined up with a Pilots Rookie Stars).

The trade which sent Robinson Cano to the Mets had a similar effect; Cano is card #323, which matches up with Seattle Pilot Wayne Comer… but Cano is no longer in Seattle.

Let’s get into some fun stuff. The Pat Neshek card which echoes the 1970 Lowell Palmer card has gotten a lot of attention:

Neshek’s card is not the only homage in the 2019 set. Met Todd Frazier is shown signing autographs like 1970’s Bud Harrelson.

There’s a more subtle tribute which requires a little background; most of the team names in 1970 Topps are black, white, red or yellow, but there are a handful of cards where the team name is green or blue.

I was really hoping there’d be a “green team” card in 2019 Heritage, and they didn’t let me down.  The Andrew Cashner card echoes Dick Hall reasonably well (both are card #182).

There could be more tributes like these in 2019 Heritage, I’m only showing what I pulled in my blaster.

One thing of great interest about the All-Star subset, and something I hadn’t noticed until I saw it pointed out elsewhere, is that the cards say “The Sporting News” like the originals!  No more “Topps News” headers!

They also did a pretty good job of replicating the backs of the All-Star cards. Here’s the back of the Marichal…

Before I get into some borderline-obsessive details about the Heritage cards, I’d like to talk about the inserts.

…Mainly about how few there are. Topps bumped up the odds of pulling anything this year, so I was surprised at how few inserts I got. Out of 72 cards in the blaster, I got 66 non-short-printed base cards. This is kind of a mixed bag for me; I’m largely interested in the just the base cards, but I’m also left feeling that I paid $20 and I got largely base cards, which goes against how I’ve been conditioned to feel over the past 20 or so years.

The only insert I got which is worth mentioning is this New Age Performers card of Walker Buehler: 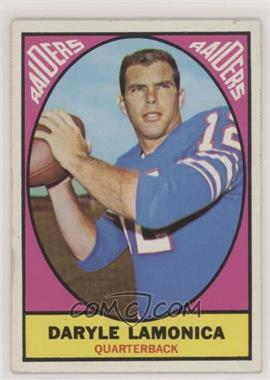 …But it makes me wonder why they didn’t use this design for 2016 Heritage which used the 1967 baseball design.

One aspect of the originals which I didn’t expect to be duplicated were the differences in the font used for teams with shorter names.  In the original they used different fonts based on the space available with each photo, as you can see here (plus Cardinals and Yankees got shortened to “Cards” and “Yanks” on some of the cards).

This wasn’t done in 2019 Heritage, which isn’t surprising.  What’s interesting, though, is that Heritage seemed to go with the “fatter” font on most/all of the Mets cards, but went with the narrower font for the Reds and Cubs.

Heritage did something interesting and very subtle with the circles used for the card numbers.  On the originals, there was overlap between the yellow and blue ink to make for a darker outline.  Whether or not this was intentional, it was fairly inconsistent between cards.

This is the card number from Luis Tiant’s card, and the image is lighter than the original.

Here’s a card number from Heritage, and you can see that there’s a similar effect going on;  however, the shadowing seems to be identical between the various Heritage cards.

Like last year – and maybe Heritage sets before that, I never checked – the design of the Heritage card is slightly smaller than the original, even while they’re both standard-sized cards, something I find a bit odd.  Here’s a example where I took a 1970 Gary Nolan and a 2019 Steve Cishek, aligned the images by the top left corner and did some “cross-sections” to highlight the differences.

I also went and compared the text from a 1970 Steve Hamilton card to the text from the 2019 Steve Cishek card, just to be able to compare “Steve vs. Steve” and “Pitcher vs. Pitcher”.

Because the ‘frame’ around the photo and the text on the card are smaller than the original, it allows for more empty space on the card, which throws off the illusion a little bit.  I find it interesting because I would think – and this is just amateur blogger guy talking here, when the chips are down I know nothing from nothing – but I would think that there isn’t any technical or centering reasons for having a wider border on the card.  I mean, wouldn’t lasers and automation and all that fun stuff make it so the centering could be more exact with the same bordersize?  I don’t know, I’m just spitballing here.

Just like last year, I’d like to thank you for reading through my long ramblings about Heritage.  Maybe I think too much for my own good… Some people say so. Other people say “No, no… The fact is you don’t think as much as you could.”

11 thoughts on “Thinking Too Much About 2019 Topps Heritage”